The Baltimore Battery Prospect Profiles countdown continues with the No. 27 overall prospect in the Orioles organization, 21-year-old shortstop Joseph Ortiz.

Ortiz was drafted by the Orioles this past season in the fourth round out of New Mexico State University. He is listed as 5’11”, 175 lbs. 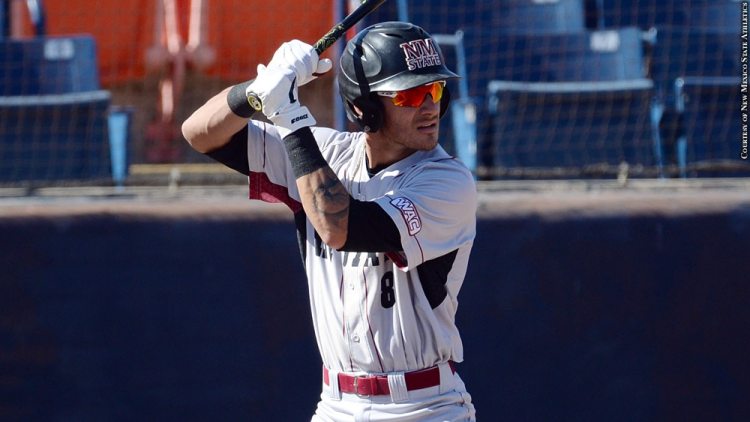 Ortiz was a consistent bat in New Mexico State University’s lineup, never batting below a .289 average in his three seasons there.

Before being selected in the draft, Ortiz was having career-season, posting an impressive junior campaign in which he finished second among NCAA Division 1 leaders in average (.422), hits (106), runs (85), and triples (10).

After his selection in the draft, Ortiz was sent to the Low-A Aberdeen IronBirds, where he played the remainder of the 2019 season and posted a .241 average.

Ortiz held a .950 fielding percentage with Aberdeen. Although he committed a career-high 10 errors in the field, Ortiz is regarded as one of the best defensive prospects in the Orioles organization.

The young shortstop also played for the Baltimore Dodgers of the Cal Ripken Collegiate Baseball League in 2017, where he posted a strong .320/.363/.477, along with 25 RBI and 17 stolen bases.

On being drafted by the Orioles, Ortiz said the following:

“I was pretty surprised. I guess I kind of started my college career over there, so it’s kind of cool to be able to get the call from Baltimore, a place that I’ve already been, that I know people from.”

On what kind of player he is and wants to be as he moves through the Orioles farm system, Ortiz said this:

“I’m someone who has great energy, always trying to get better every single day and really just trying to be as good as possible and make the organization something great.”

Ortiz is expected to begin the 2020 season with the Single-A Delmarva Shorebirds, but if he has continued success, don’t be surprised to see him get the call-up to High-A Frederick.

If he can continue to build up muscle and focus on his physique, Ortiz can be an all-around great shortstop at the major league level.